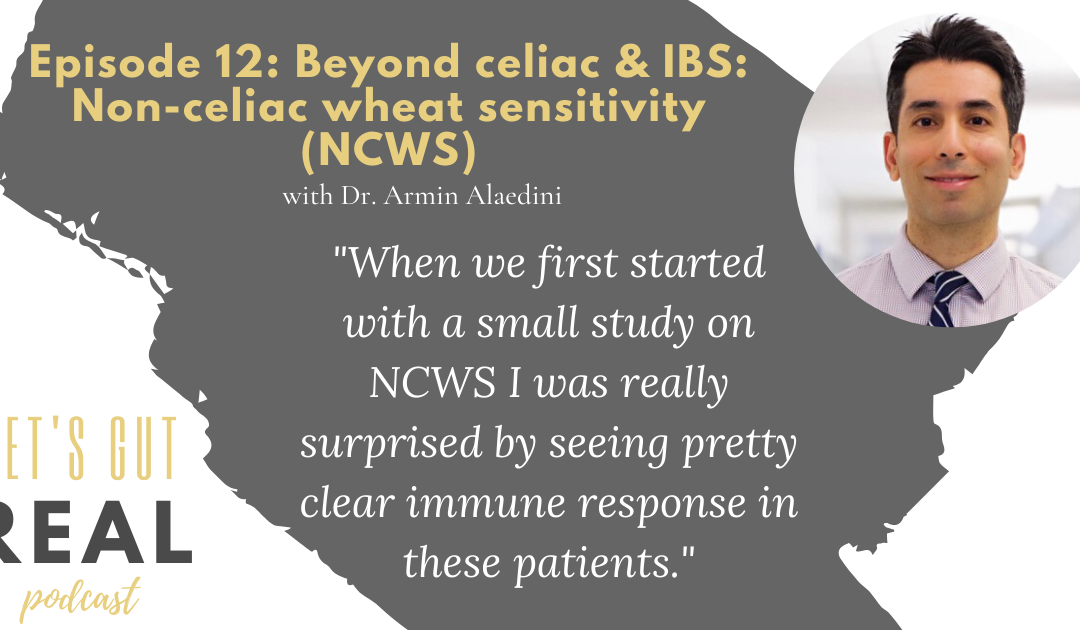 This episode, I interview NCWS researcher and expert, Dr. Armin Alaedini on non-celiac wheat sensitivity (also referred to as gluten sensitivity) – and how the immune system and our microbes are involved!

Dr. Armin Alaedini is a faculty member of the Department of Medicine at Columbia University and is on the adjunct faculty of New York Medical College. He is also a faculty member and graduate mentor at the Institute of Human Nutrition at Columbia University. For 20 years his research has focused on the gut ecosystem, host-microbe interaction, and inflammation in the context of complex disorders. Dr. Alaedini has been awarded research grants from the National Institutes of Health (NIH), the U.S. Department of Defense, and private foundations, and has served as chair and reviewer on multiple NIH grant study sections. His expert commentaries have appeared in various media outlets, including the New York Times, BBC, U.S. News & World Report, Associated Press, Reuters, NBC News, Science, and Nature. He is a recipient of the 2014 Idea Award from the Department of Defense and the 2016 Tsunoda Senior Fellow Award from Columbia University. He previously served on the Executive Board of the Society for the Study of Celiac Disease and is on the Scientific Advisory Board of several organizations.

Dr. Alaedini and I discuss: